The AIST island, as depicted in Figure, is composed of two identical domains each containing and Open vSwitch, Huawei 5600, and NEC PF5248 switch. They also contain a head node with 8 PCs for compute resources. A Dell PowerConnect 5324 switch is used to expose the island to the Felix environment. A Cisco C3750 switch is used to connect the domains to the internet as a backup communication path. The two identical domains facilitate network experiments between two “islands”, but on an internal, local level before deployment to the federated testbed. AIST is connected with other Felix island via the GLIF network through KDDI/JGN-X. 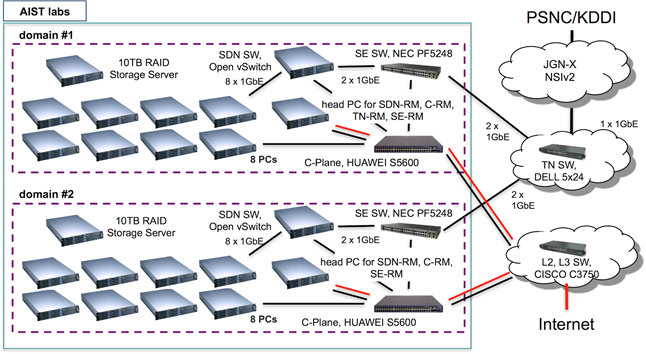