The i2CAT island that forms part of the FELIX testbed is composed of 5 NEC IP8800 OpenFlow-enabled switches and three SuperMicro SUS-601T-T virtualisation servers. There are two more servers (same model as the virtualisation) that act as Management and OpenVPN servers and an extra OpenFlow-enabled HP ProCurve 3500 yl switch performing the Stitching Entity functions. The figure below shows the infrastructure and connections of the i2CAT FELIX island. i2CAT connectivity to other FELIX islands is done through two different links: 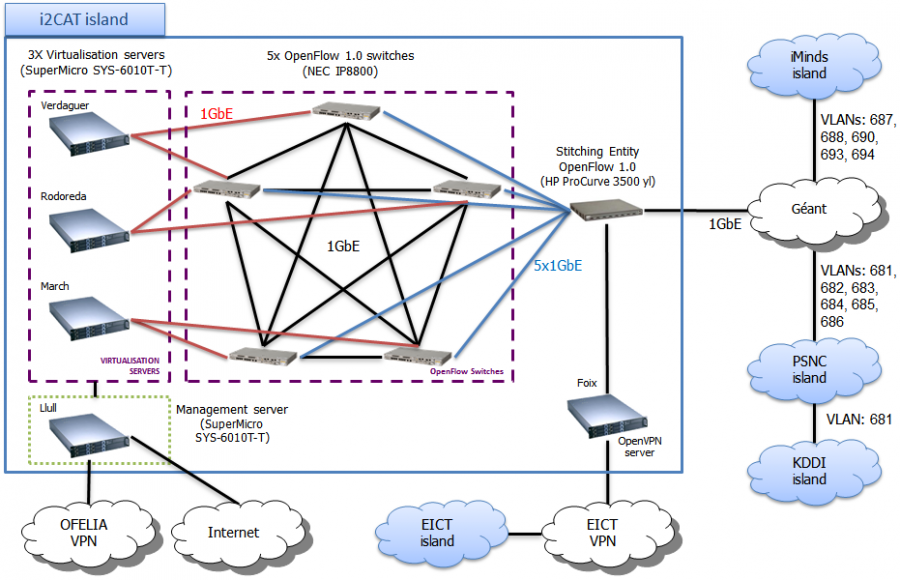